You are here: Home / Bring the whole family for a unique aquaculture experience! / Sturgeon Petting Zoo 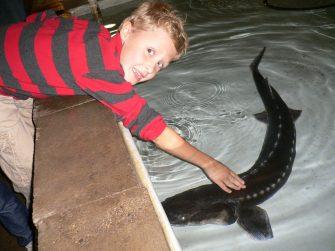 Visit our farm to get up close and personal with several fish species, including our sturgeon. It’s fun for all ages and it’s free! The petting zoo, located in our hatchery, is open year round during regular business hours.

The White Sturgeon in our petting zoo were flown in from a hatchery near the Portage River in Oregon in 1997 when they were five inches long. Since that time, fingerlings are no longer available from that area. The White Sturgeon is an approved aquaculture species in Ohio. Our initial batch of five inch fish were raised in our raceways until they were one to two feet in length and sold to stock private ponds at a rate of one per acre. They were stocked to reduce snail population in ponds which breaks the life cycle of some fish parasites. 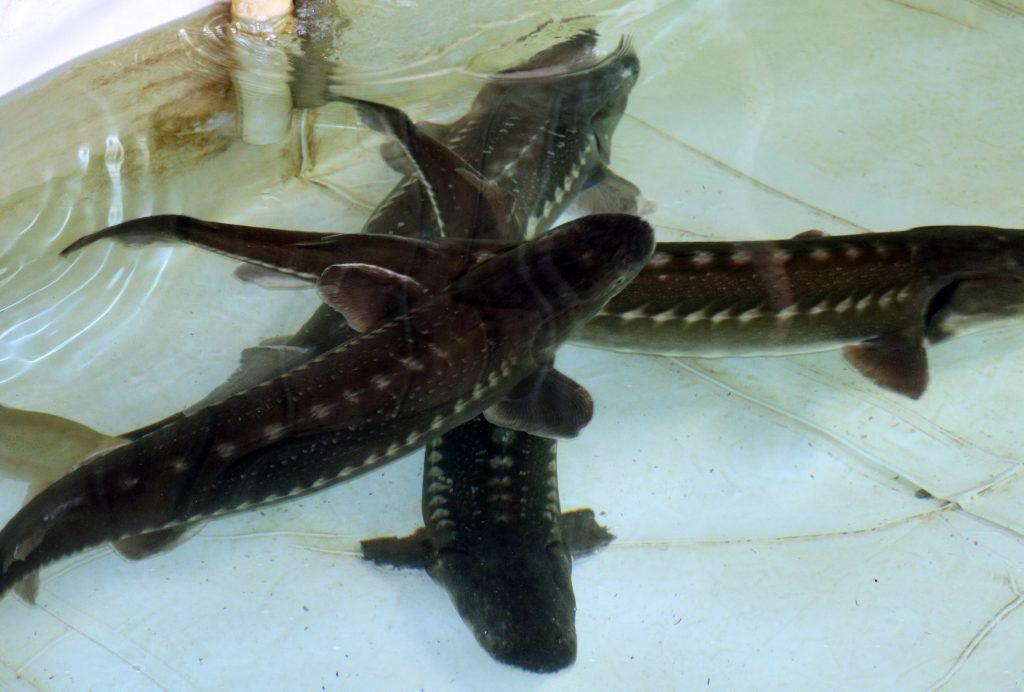 Students from Ohio Hi-Point Career Center’s Culinary classes stop by to check out the sturgeon!

We are also the temporary sanctuary for a group of Lake Sturgeon, reared at The Ohio State University, that were used for feed nutrition projects. 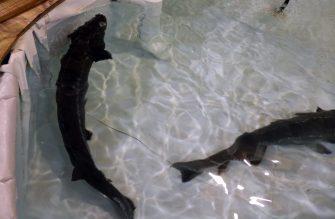 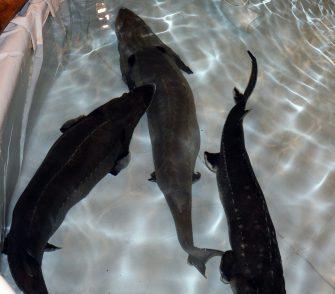 Lake Sturgeon being housed for OSU

As the sturgeon grew bigger in size, they needed more room than what OSU had available at their facility. This is the endangered species, native to all of the Great Lakes that were nearly wiped out in the early 1900’s in most places. Fisherman considered them a nuisance because of their size. Sandusky, Ohio was considered the caviar capital of the world at one point due to the harvest of sturgeon eggs for caviar. The Lake Sturgeon is now being raised in hatcheries like ours.

This world record white sturgeon was caught on the Fraser River in Canada in 2005 by Len’s Sport Fishing Adventures. It weighted approximately 1,500 pounds and runs 179 inches long. It was 56″ around the girth and took over 6 and a half hours for the 4 guys taking turns at the reeling it in. Any Sturgeon OVER about five feet has to be released unharmed and cannot be removed from the water.

Find out more about the sturgeon: