Year of the Buffalo Perform at the Ohio Fish & Shrimp Festival 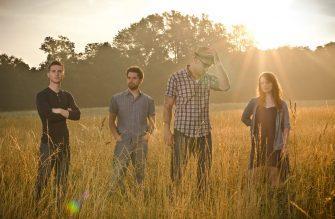 Year Of The Buffalo is a small town folk band from central Ohio. The band is made up of vocalist and guitarist Jacob Trego, vocalist Jalee Clendenin, guitarist Daniel Sievers, and drummer Jake Rinehart. The band formed in summer of 2012, and released their first album ‘Darling Laney’ through their Band Camp profile on October 2, 2012. The album was for a daughter of a friend of the band. You can also now pick up a physical copy of the album by stopping by their website. They have played a multitude of shows around the Columbus area, and are eager to play more. They also are looking for tips on how to raise a heard of buffalo. Year Of The Buffalo is a newer band they have the ambition of some bands that we have seen around for years. They have drive and passion for their craft. They have been able to make waves in the rich music scene of Ohio, and want to create waves in other scenes too!